Get ready to expand your mind as Matt @MattLune and Paul @TwoPlai ‏start their dive into Jack Kirby’s Fourth World!

Matt and Paul launch “Mother Box: A New Gods by Jack Kirby Podcast” project, a read-through of the “Fourth World Omnibus” by Jack Kirby. Together, Matt and Paul aim to learn about the New Gods universe, characters, and stories in anticipation of the planned “New Gods” movie directed by Ava Duvernay. They will read through and discuss Kirby’s New Gods work issue by issue. And they’ll invite on experts and other readers to inform them along the way.

This episode is a pilot, of sorts, for “Mother Box,” as well as a briefing about Jack Kirby, the New Gods, and what we hope to do with the project.

We continue with a closer reading of the first issues of the “Fourth World Omnibus,” the first three issues of Jack Kirby’s work at DC on “Superman’s Pal, Jimmy Olsen.

Whether you’re a new fan or an avid fan, if you want to read the Fourth World Saga along with us, on this, the second part of our pilot episode, we’ll be discussing the issues where it all began, “Superman’s Pal, Jimmy Olsen” #133-135. Matt also mentions the Jack Kirby penned introduction from #133, which you can find below! 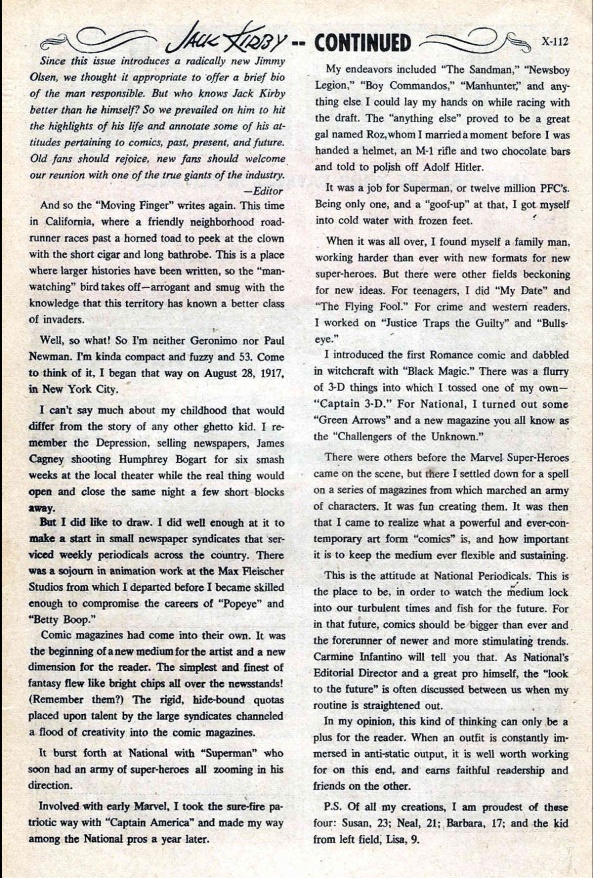